February 4  ·
Hong Kong’s Shaw Brothers Studio served as an introduction to Asian culture for many fantastic film fans. Their vast catalog spans several decades and multiple genres. One movie could be a mixture of several genres at once. 1981’s The Bloody Parrot is a great example of a melange of kung fu, horror, and straight up exploitation in one baffling film.
The Bloody Parrot's (1981) incoherent story serves only as a vehicle to showcase the excellently choreographed fight action that Shaw Brothers Studio was famous for around the globe. In its simplest terms, Yeh Ting Feng (Pai Piao), a wandering swordsman, goes on a quest to bury a fallen comrade. Along the way, he encounters stolen treasure, treachery, black magic, and even some romance. Battles break out every few minutes (and sometimes even faster!) as his foes attempt to stop him. In a weird gesture, they introduce themselves with a name derived from their weapon of choice.
The Bloody Parrot is pure eye candy for the viewer. The movie features an abundance of Peking Opera style acrobatics in the well choreographed fights and elaborate costumes. There is also plenty of gore as blood spurts, body parts are severed and maggots crawl on monstrous creatures. All this happens on amazing sets, from beautifully appointed courtesan’s bedrooms to a baffling underground maze of mirrors. There is always something to delight the viewer.
Another Shaw Brothers trademark is lots of (mostly unexplained) nudity. None of the characters give the odd, bare breast a second thought (or glance). Actress Jenny Liang regularly appears half dressed, from left to right, which adds a layer of bizarreness to her demonic possession scene.
As far as what all this means, that is up to the viewer to decide. The story may be an incoherent mess, but it is a well made incoherent mess.
Posted by mwilliams1220 at Sunday, May 15, 2022 No comments: 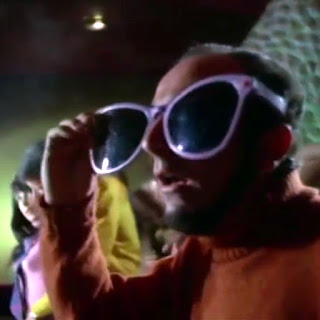 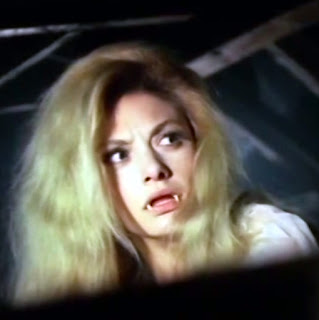 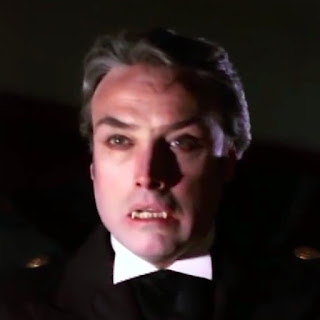 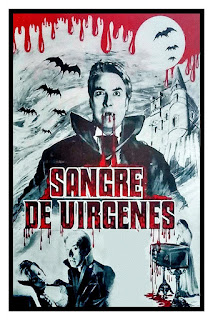 Blood of the Virgins (Sangre de vírgenes), 1967, Argentina.
Writer-director Emilio Vieyra’s unusual, and slightly puzzling, attempt to bring old-fashioned gothic vampires into the modern world begins with a pre-credits prologue set in the past before jumping to the wild and decadent 1960s. Jealous and jilted vampire, Gustavo (Walter Kliche), kills the husband of his beloved Ofelia (Susana Beltrán) after she rebuffs him. He forcibly turns her into a vampire and calls her from her grave. After a creepy, animated title sequence, the action switches to a montage of what could be a film made by Argentina’s Instituto Nacional de Promoción Turística. Viewers spend next ten minutes following a healthy (and lusty) group of tourists visiting many of Argentina’s outdoor attractions and clothing-optional, swinging nightclubs. Stranded on the way to their next stop, the young tourists take refuge at the haunted villa where Gustavo and Ofelia reside. The vampire’s tragic love story reaches its crescendo as new love begins.
Like Gerardo de Leon’s The Blood Drinkers and Hammer’s Dracula A.D. 1972, Vieyra struggles to bring ancient vampires into the modern world. While not a perfect movie, Blood of the Virgins has much to offer for fans of vampire films, offbeat world cinema, and sexy-60’s exploitation. The film keeps viewers engaged in its highly entertaining, if baffling, story. Well worth watching, this oddity is currently streaming on Tubi.

My review of slash Cherry Falls is live here

Another post from the unexplored world of South American Horror! 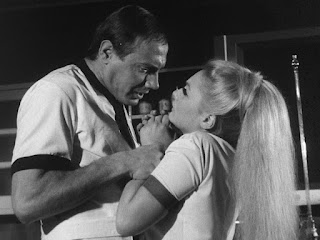 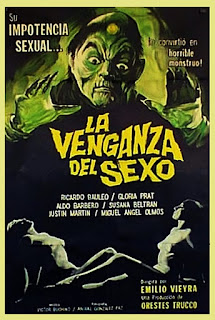 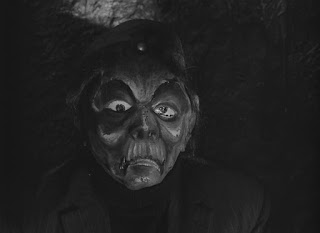 The Curious Dr. Humpp (1969) is easily one of the most bizarre entries on this tour of Latin America horror movies! Argentinian director Emilio Vieyra's Dr. Humpp’s (Dr. Zoide in the original Spanish version) search for the elixir of eternal life among Buenos Aires' hedonistic youth is a brain-bending mix of sex, horror, and science fiction.
Vintage boutique sleaze vendors AGFA and Something Weird Video released a deluxe Blu-ray of this unusual film. Included on the disc is a freshly scanned 2k copy of the film in both the 87 minute English version and the uncut, original, Spanish-language version AND a commentary by exploitation auteur, Frank Henenlotter (BASKET CASE). Sadly, instead of SWVs usual ton of extras, shorts and trailers, there is only one “Salacious Short” and a handful of trailers.
With dialogue like “Sex dominates the world, now I dominate sex!” a talking brain in a jar and guitar playing monsters, The Curious Dr. Humpp might not be to everyone's taste, but for fans of bizarre world cinema, it is not to be missed.

My review of X is live here